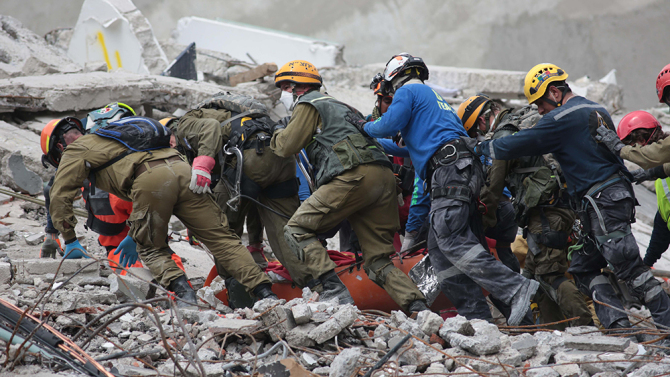 A 7.1-magnitude earthquake tore through central Mexico on Tuesday, September 19th leaving at least 319 dead, 167 of them in Mexico City, causing wrenching terror, panic and sadness as news of the destruction and loss of life has rolled in.

The tremor, which came 32 years to the day after an earthquake that killed more than 6,000 people and leveled swaths of the capital, caused serious damage to at least 3,000 buildings in Mexico City, leaving thousands of families homeless and many structures totally uninhabitable. About 40 structures have collapsed completely.

For those not directly affected by this tragedy, we encourage you to give to the relief effort. Major charities, including UNICEF Mexico, Oxfam Mexico, and Save the Children Mexico, are all currently accepting donations to help those affected by the earthquake. GoFundME has also put together a page for specific campaigns to help earthquake victims in Mexico. To the brave men, women and children in central Mexico affected by this calamity, you are in our thoughts and prayers.