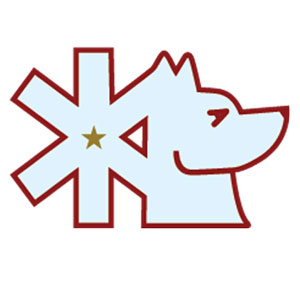 ICSAVE is a nationally recognized
Stop the Bleed campaign partner 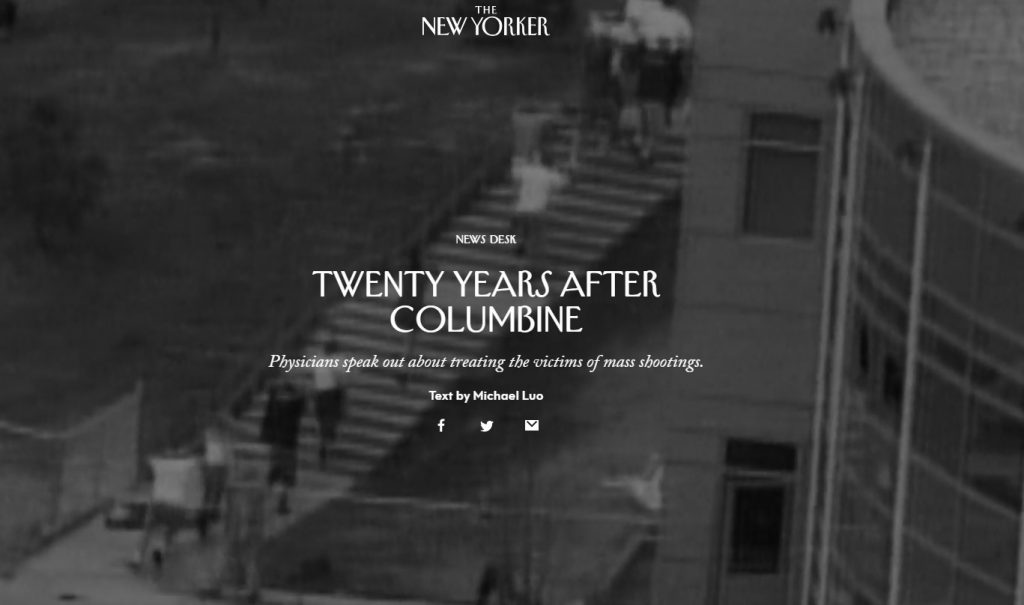 On April 20, 1999, just after 11 a.m., two teen-agers stationed themselves at the top of a staircase outside Columbine High School, in Littleton, Colorado, and opened fire on their classmates. Over the next forty-nine minutes, the pair, armed with shotguns and semi-automatic weapons, strode through the school, shooting and tossing pipe bombs, before killing themselves in the library. By the time swat teams completed their sweep of the school, five hours later, twelve more students and a teacher were dead.

Learning How To Stop the Bleed 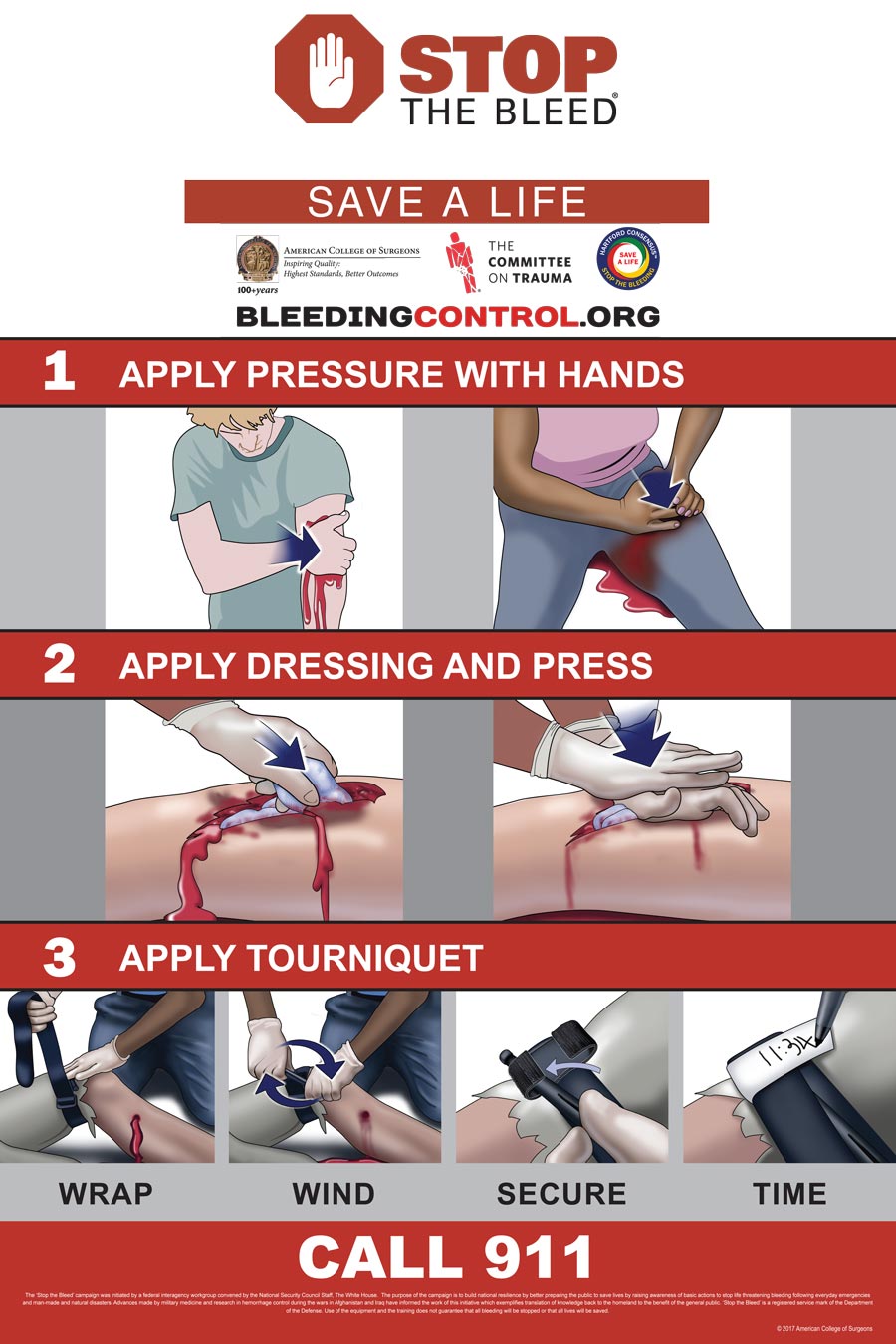 How You Can Stop the Bleed and Save a Life

Take the You Are the Help Until Help Arrives web-based training below:

You Are Part of Our Team

Why You Need to Stop Bleeding Right Away

New App Teaches Citizens to ‘Stop the Bleed,’ Save a Life 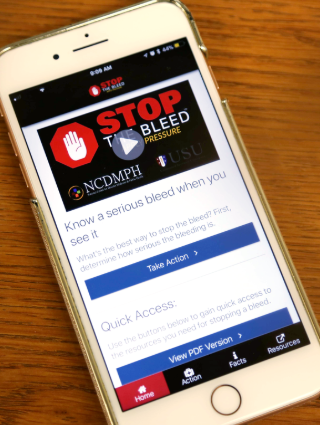 To download the app on your mobile device or tablet:

"A Perfect Stranger" tells the story of Kinneil and Angelia and the event that brought the two women together. It is a powerful reminder that at a moment's notice, any one of us might find ourselves in a situation where we are the help until help arrives. In the end, this film calls on all Americans to remake what it means to be a bystander.

The Cast of 'Code Black' on Stop The Bleed

The cast of 'Code Black' and CBS Cares encourage you to learn how to stop the bleed. 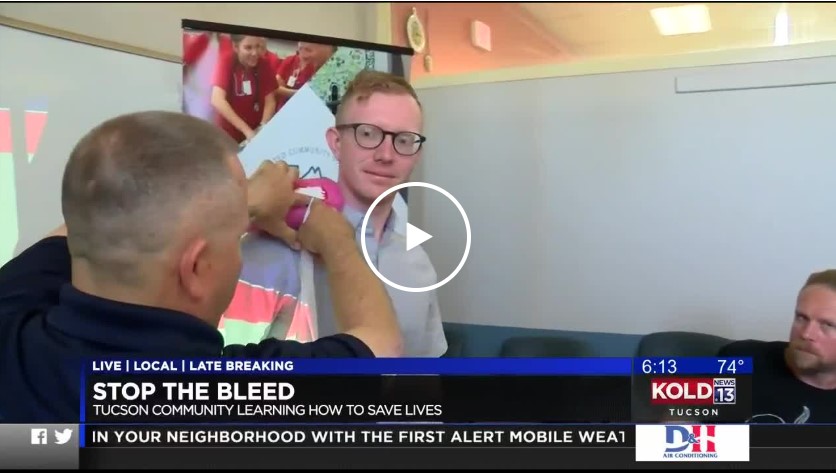 Bleeding Control for the Injured (B-Con)

ICSAVE has an entire cadre of certified instructors trained to provide this life-saving course for NO COST. Contact us direct at info@icsave.org for details.

In September of 2014, NAEMT announced a new education course to teach civilians evidence-based, life-saving bleeding control techniques shown to dramatically increase casualty survival.  Called “Bleeding Control for the Injured,” aka “B-Con,” this course was developed in response to the Hartford Consensus led by Dr. Lenworth Jacobs, and at the request of Dr. Norman McSwain, who served as a member of the Hartford Consensus working group.

B-Con teaches participants the basic life-saving medical interventions, including bleeding control with a tourniquet, bleeding control with gauze packs or topical hemostatic agents, and opening an airway to allow a casualty to breathe. The course is designed for NON tactical law enforcement officers, firefighters, security personnel, teachers and other civilians requiring this basic training. B-Con is consistent with the recommendations of the Hartford Consensus on Improving Survival from Active Shooter Events.

NAEMT partners on this and all other trauma initiatives with the American College of Surgeons (ACS).  Recently, ACS launched a new website, bleedingcontrol.org that includes a new instructor portal for the B-Con course.  This new portal houses all of the B-Con course materials, and will allow B-Con courses to be registered so that ACS and NAEMT can track our progress in training the public in basic bleeding control. There is no cost to use this portal, to access the course materials, or to register courses.

All NAEMT instructors are invited and encouraged to register as a B-Con instructor with ACS. For more information on the national bleeding control initiative, please visit www.bleedingcontrol.org.

Help Us Save Lives!

Any donations no matter how small are greatly appreciated, tax deductible and will go a long way toward helping us prepare our communities