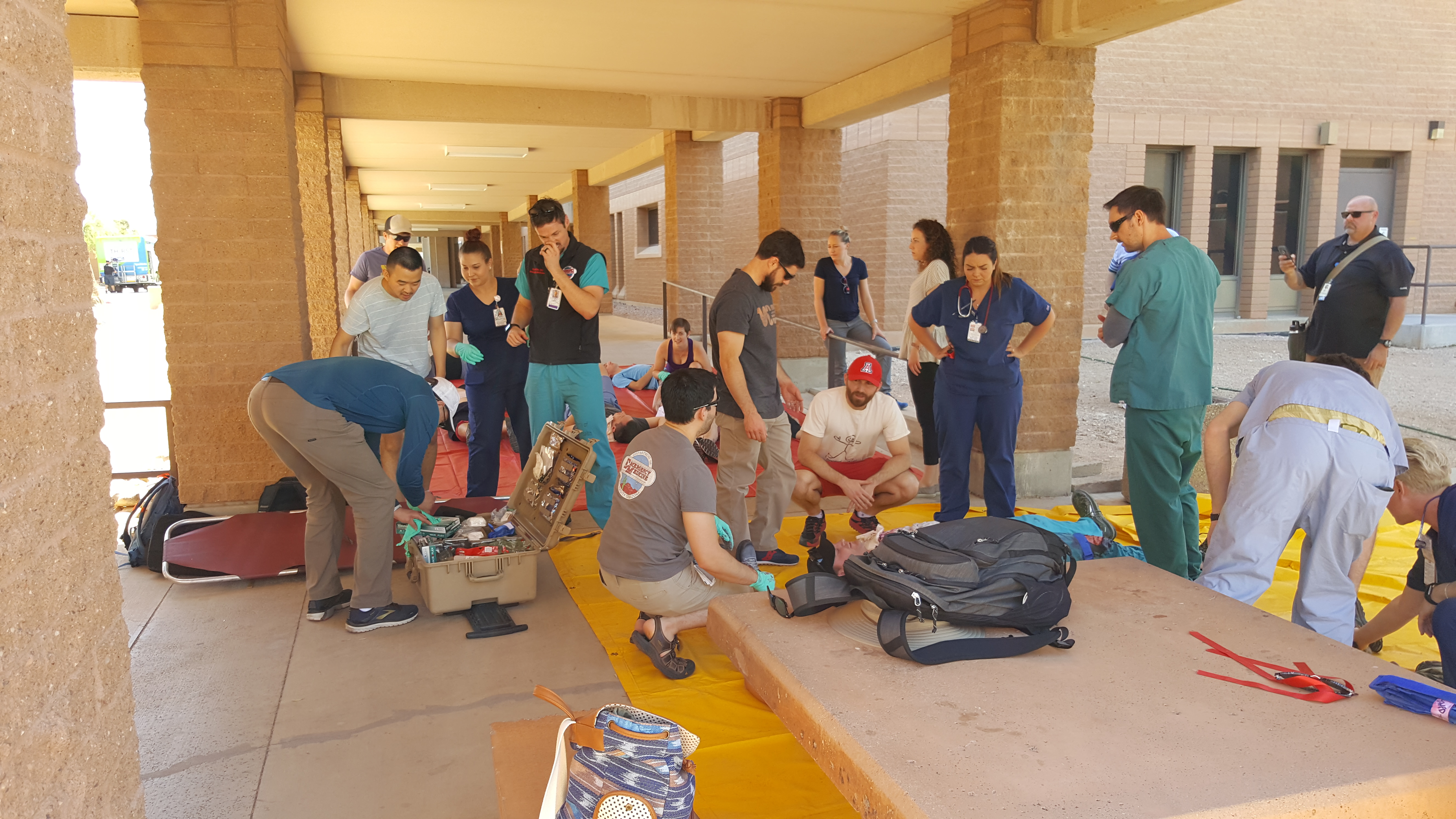 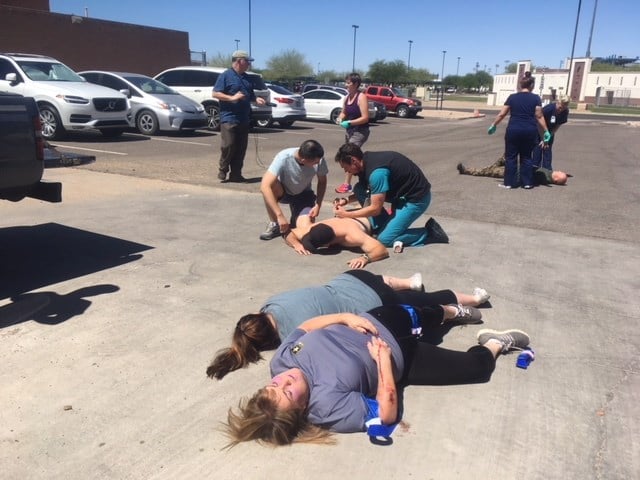 That’s why here in Tucson, resident-physicians in the Emergency Medicine department at the U of A College of Medicine took part in a mass shooting exercise.

The drill was to train the Emergency Room personnel to make sure they’re prepared in case of a disaster.

As part of the simulation, the participants pretended that three gunmen fired AR-15s into a crowd of concertgoers at the nearby Kino Sports Complex.

The drill was meant to be as realistic as possible, complete with fake blood.

Dr. Dan Beskind, who heads Emergency Medical Services, said the procedures in the mock drill came directly from the Las Vegas shooting in October when 58 people were killed and 851 injured.

“If you do table top drills and live scenarios, like the one we did on Wednesday, and you look at your emergency department where you put your more critically injured patients, and how to clear out your waiting rooms,” he said. “Also, take your admitted patients to another area of the hospital, free up operating rooms, and get security to secure the area. All this and more was learned from that incident so that the doctors here can utilize the training and take it to hospitals where they may end up working.”

Participants in the drill said it was good training. They said hope they never have to use it but if it happens they’ll be prepared and ready to save lives.